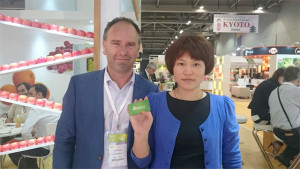 This year’s Asia Fruit Logistca kicked off in a very hot Hong Kong on the 2nd of September until the 4th of September, showing a rapid growth of 32% on exhibition space, 20% on exhibitors and 14% increased visitors – one of which was our own Mr Robert Smit.

The rapid growth of the Asia Logistica gives us a clear indication that the South African suppliers and producers are moving away from its traditional go-to market in the EU and expand to growing markets such as Asia. The markets showing a lot of promise in this region would be Vietnam, Taiwan, India, Bangladesh, China and Malaysia as opposed to the unfortunate government protocols of Indonesia and the Philippines not being in place and thus prohibiting us to make full use of those markets.

The world-wide supply and demand for fresh produce is increasing, giving us a golden opportunity to supply to other strong markets and not to limit ourselves only to the European markets.

I think it’s important for all suppliers and producers to keep in mind that it’s hard to perform in a market that is oversupplied, making it more beneficial to broaden one’s horizons to other markets. 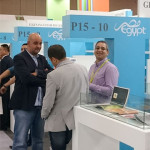 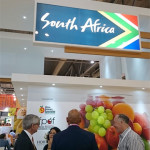